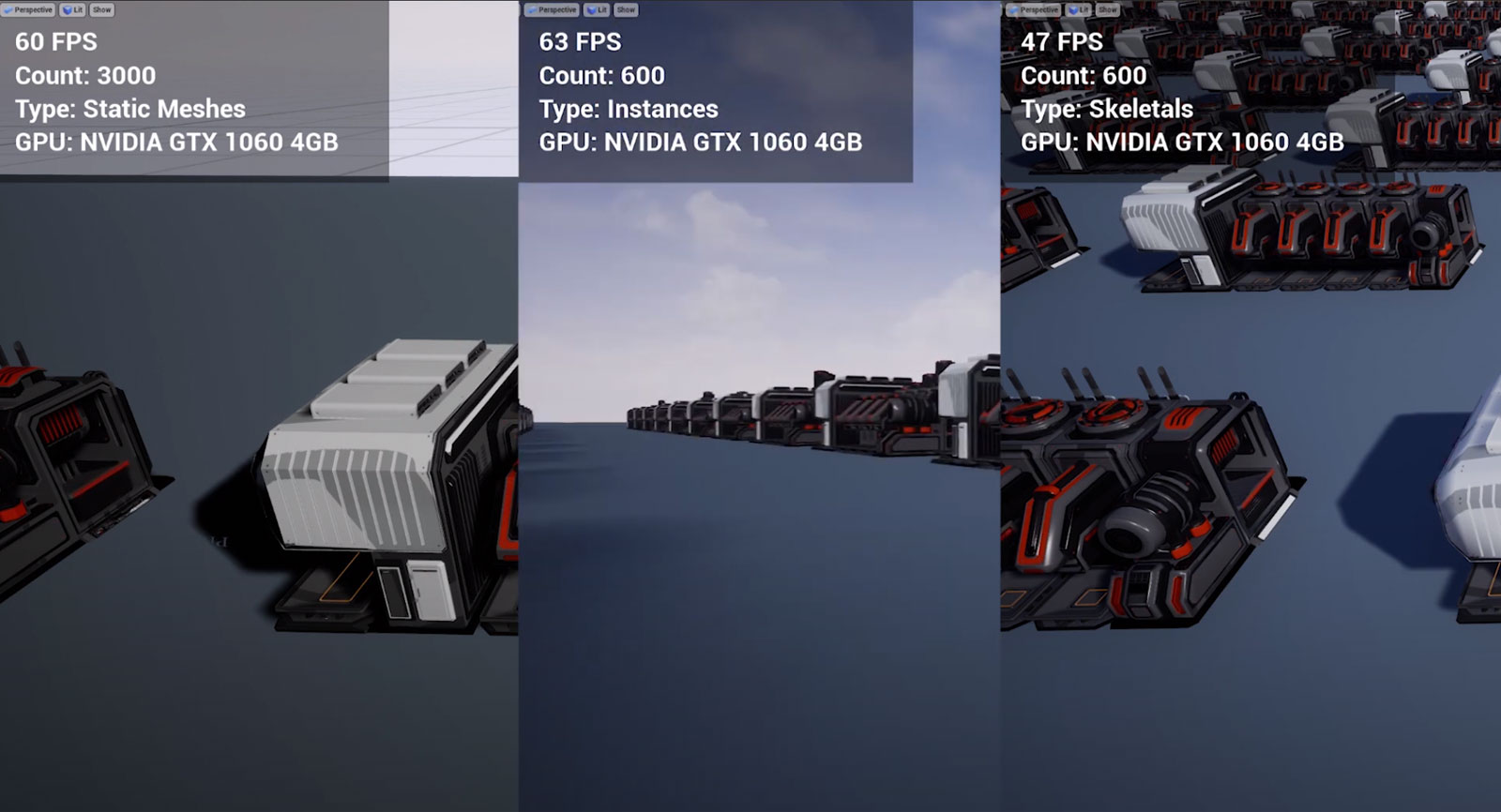 Here are Veom Studio moonwalkers. We are happy to share the latest development news with you. Despite the approaching winter cold, the heat and the fire of tireless creativity is burning in our office, as always. Here we forge and temper The Crust. Today we will talk about optimization and procedural generation.

By the time of middle-game, the first game level is likely to be filled with different buildings. And with a large number of objects on the map, it is extremely necessary to have the graphics of the game optimized, at the same time keeping the beauty and quality of animation. We found two ways to solve this problem.

The first is using the Skeletal Mesh tool with baked animation. However, there are some difficulties associated with the heavy load of the skeleton itself, even without animation and object models that you can see in the video.

The second way is to create animations via VertexColor. At the development stage, the model is prepared in such a way that a technical artist can move the necessary elements of the object using a specially created shader. This significantly reduces the load on the graphics card and processor.

The next task that we faced was to select the desired type of geometry. Here we could use either Instance Mesh or standard Static Mesh. Instance Mesh simply creates multiple copies of a single entity. We assume that this will make a model work well with animation, but at the moment the use of the standard Static Mesh has already shown good results, and therefore we have so far settled on this option.

As a result, animation with VertexColor allowed us to have a large number of animated objects on the map without losing optimization. At the same time, the animation is not baked, but is regulated by a variety of flexible settings, the in-game ones which reflect the state of objects, and the ones edited by the artist.

We also developed the first version of procedural landscape generation, which allows you to quickly and efficiently create many unique locations, as well as customize them to fit real-life craters on the moon. In the future, we will add to this procedural generation of medium and small elements like small craters, rocks and other decorations. Procedural elements required for gameplay aspects of the game will also be added.

That is all for now. But, as always, we do not say goodbye for long. Follow the news of the project on our website and in social networks.

Have a nice day!