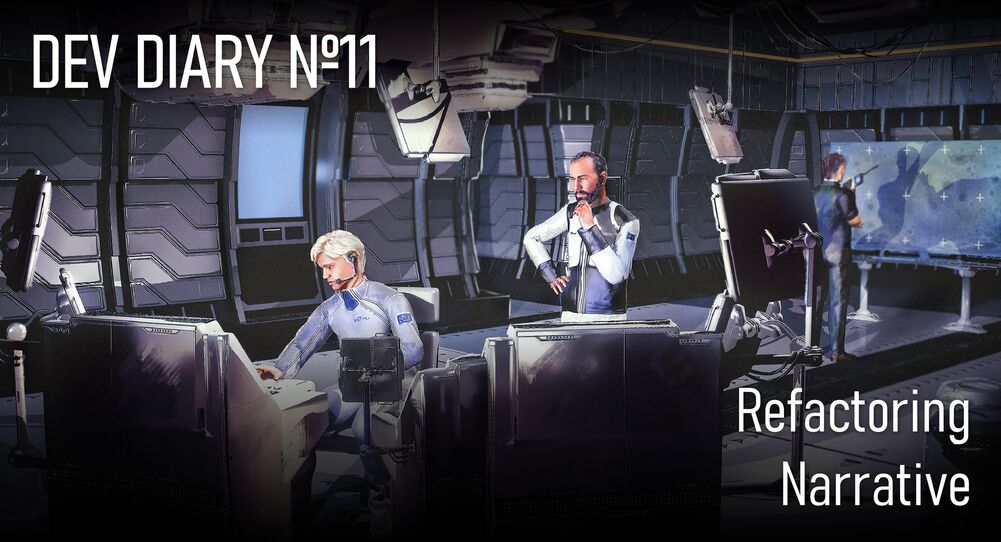 Hi! Here are Veom Studio moonwalkers. A lot of time has passed since the last update of The Crust development diaries. This had a positive impact on the project. We not only celebrated the New Year holidays, but also worked hard on the game.

We managed to think over a lot, and came to the conclusion that any system, major revision or mechanics, must be described even before the implementation process begins. This helps you plan the timing and order of work even at the stage of setting tasks, which, in turn, allows you to avoid unnecessary labor costs in the future. In a project with such diverse mechanics and a lot of content, this is very important. And now let's move on to what was done. 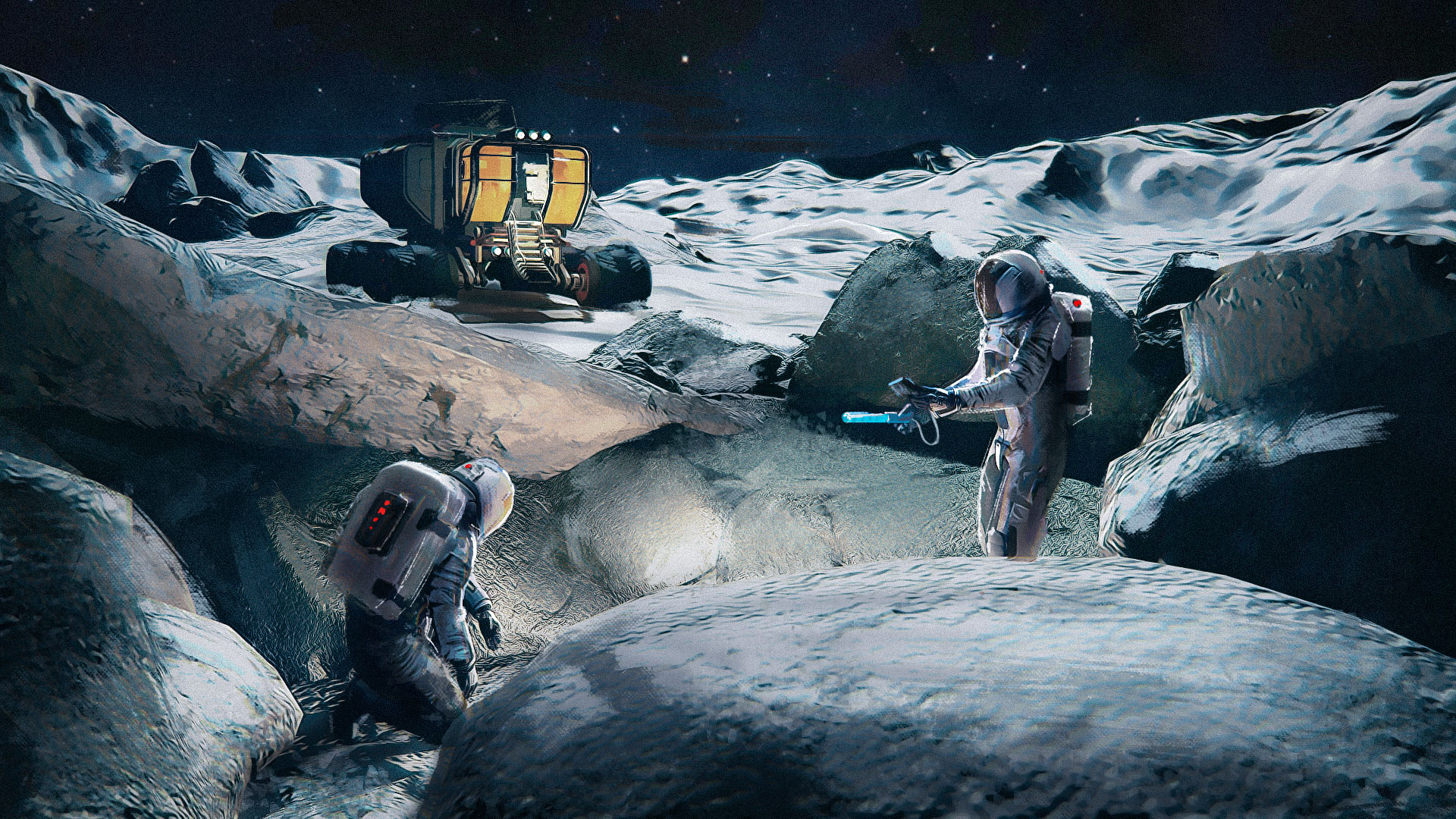 We have developed a glossary — a database of game variables divided into levels and categories. The peculiarity of this system is that any mechanics can be attached to a change in the desired parameter so that it can instantly respond to it. So, for example, all the drones on the level can know that the digging speed at the base has improved, and start digging twice as hard. Parameters are changed through upgrades, quest events, and balancing tools. Even in an already running game, we can customize any aspect of the gameplay, whether it's the speed of the drone, the cost of the building, the duration, or efficiency of the resource recycling cycle. The default settings are saved to the configuration table. This makes it possible to experiment with different balance options. All decorative elements are structured in a similar way, which allows you to conveniently change any names, icons, materials and textures.

The Abilities system has been developed. Most of the user's actions are done through it: launching the scanner, changing the resource processing mode in the module, building an orbital transport, issuing a powerful drill to the drone, and so on. A common approach for displaying Ability has been developed. Any of the abilities can be hidden from the player, turned on, available, or temporarily blocked. These abilities are available depending on the situation in the game and game events.

The logistics system has been redesigned and optimized. This mechanic allows drones to understand which warehouses have too many resources, and which have too little. It builds paths between warehouses, constantly recalculating the proportions of resources. Since there can be a lot of resource stores at the level, and the proportions change each time resources are taken from the warehouse, maximum performance is required from this system.

The web components of the module were refactored. Each building in the game combines many mechanics, among them - storage of resources, recycling, different types of communications, and heating. In order to create a new building, we combine a number of such components and define their interaction by code. By the way, the user interface consists of the components of the module. If there is only a warehouse in the building, the player will see only a warehouse in the module menu and nothing more. The interface system works with agencies through a special API, so that the interface developer does not depend on the state of the mechanics – he does not need to know what the variables are called "under the hood". The API provides only the necessary data and possible actions.

A heating system is under active development. For living comfortably, colonists need a suitable interior temperature, which can be provided with the help of heating and air conditioning modules. The temperature in the rooms is also affected by the working modules and the thickness of the walls. At the same time, the temperature is not uniform, and heat flows circulate inside the entire underground base, determined by the sources of heat and cold.

The life-support system of the colonists is impossible without other communications, through which oxygen, water and hydrogen move. We are working on a system for processing and distributing these resources right now. It has parallels with the electrical communications system. New modules for generating, storing and distributing energy are also in development, which will change the gameplay a little. For example, in the premises, energy modules are connected by distributors, and outside of them — by wires. The rules for electricity accumulation have also been revised.

The system of wall construction, which we talked about a lot in one of our videos, will also change a lot. It is being fully refactored. Mechanisms for customizing the interior were added. Now you can change the style of the walls in individual rooms, their shape, color and material, even for individual sections of the wall. This affects the comfort index of the colonists, their productivity and morale.

The main interface of the game is completely redesigned. We paid special attention to its convenience, but did not forget about the style. The readiness of interfaces for localization into different languages is also being worked out.

THE NARRATIVE AND PLOT

We are working on the event content of the setting and the plot of the game based on the story chronology published in one of the previous diaries. The general approach to the narrative has been partially revised and supplemented. For example, the history of space exploration and scientific discoveries became very important for the plot. Real historical events formed the basis of some game stories that players can immerse themselves in.

The development of general off-plot quests has begun. All tasks are divided into several groups, depending on the affected aspects of the game. Their availability will be determined by the player's choice, their actions in the game, the presence or absence of certain buildings and resources, as well as the style of gameplay itself. The variability of most quests, coupled with their availability as such, will make each new game session unique, which increases replayability.

Work is underway on game fractions and a reputation system. By trying on the role of the director of the lunar base, the player will be able to establish relationships with other colonies and their patrons. Many decisions during the game will somehow affect each of the factions' attitude towards the player. This will open or close access to certain features and content.

Although the game takes place on the Moon, some parts of the game story will be about Earth. We are working on geographical, political and environmental maps of the world of the future. Many decisions made in the course of completing quests will affect the stability indicator, which expresses the overall situation on Earth. Its impact on the exploration of the Moon is also under development, at the concept stage.

That is all for now. We will definitely continue to share with you news about the development of The Crust, so keep an eye on our website, Youtube channel and official media. I wish you a clear Moon and see you soon!