Warning Cookies are used on this site to provide the best user experience. If you continue, we assume that you agree to receive cookies from this site. OK
Euro (€)
English 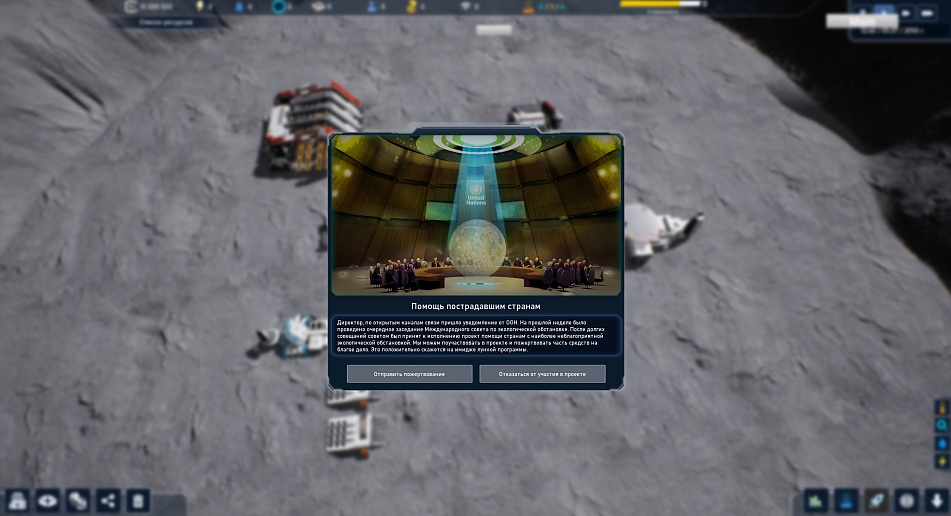 The best benefit we derive from history is the enthusiasm it excites.

What are the ingredients of a good game? Undoubtedly, graphics and gameplay bear an important role. An aesthetically pleasing image is the first thing that catches our eye. The well thought out gameplay makes it easy to play, relax and immerse yourself in the world the developers have created. But what is so captivating that it keeps us coming back to the game again and again? What gives us a great range of emotions, food for thought and excites us to see what will happen next? This is, of course, a good story.

We wanted The Crust to not only allow you to build a base on the moon, mine resources and try to survive in the harsh conditions of space but also to create your own story. To that end, we developed a flexible quest system that drives game events throughout the game. It's a great tool a narrative designer can use to design quests, taking into account all the elements of The Crust and in a way creating a game within a game.

This system monitors the current game parameters, and when certain phenomena are detected (e.g. low mood among 50% of the colonists, presence of a medical module on the base, mid-game), a trigger gets activated causing the start of a quest the condition for which is the occurrence of these phenomena, and then some game events happen providing the player with options for actions.

The launch of quests is influenced by the stage of the game, decisions made by the player, their current achievements. This means, for example, that at the beginning of the game you will never encounter a quest the completion of which requires the presence of a building that is not yet available to you and will not be available soon. Some quests may appear at different stages of the game, and the reward for them will be different depending on when the player completes them.

The system we have devised ties together all the mechanics and entities that exist in the game. Each game parameter affects the appearance of certain events. For example, points of interest in orbit are also tied to the quest system. Thus, none of the mechanics we created is left out and help create the player's story in the current session. And each session will be unique thanks to the different actions of the player. And, to paraphrase Winston Churchill, perhaps the story will favour you as you will be writing it yourself. 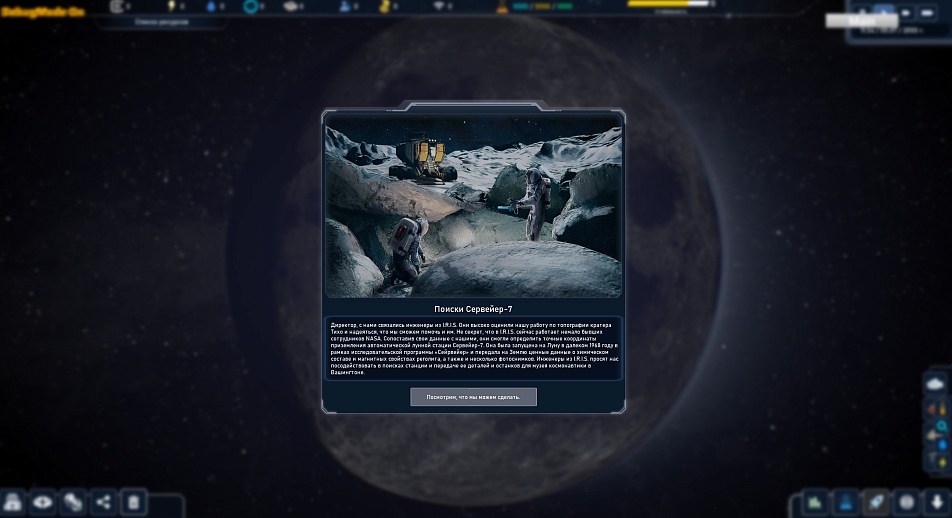 We've paid a lot of attention to the content of the quests themselves. It's important for us what message we send through our stories. We hope that the thrust will be embraced. The Crust is a game about the not-too-distant future. Exploration of the Moon is right around the corner. In the 20th century, we mostly read science fiction about the Moon, but nowadays, in every popular science book, you can find something about exploration, investigation or even colonisation of the Earth's satellite. And believe me, these studies are no less interesting than fiction. Take Elon Musk or the Artemis project, for example. And it will be even more fascinating to look at contemporary achievements through the prism of history. All this serves as an excellent source of inspiration when creating the story part of our game.

We have mentioned once in the dev diaries that the closer the storyline is to the present, the more demands the players will place on it. This is because the present is familiar to all of us, as opposed to remote galaxies and various magical worlds. Being aware of this difficulty, not only did we not abandon our idea of realistic science fiction, but we went even further - we turned this challenge to our advantage. Our thing, if you like.

One of the most important concepts in creating The Crust storyline was bringing the romanticism of space research through references to the real history of astronautics and lunar exploration. In many quests, we explicitly refer to events that either happened in the past, are happening now, or are sure to happen in the near future. For example, in one quest, scientists from JAXA ask the director of the lunar base to help investigate shield volcanoes and caves. Such explorations were carried out indeed for several years before 2009 using the Kaguya spacecraft. Proceeding through the quest and solving gameplay problems, the player will be able to learn a piece of history about the dedicated Japanese astronomers. The exploration of the Moon was sometimes accompanied by real feats that few people know about. As the saying goes, not by Gagarin and Armstrong alone. The same is true for modern astronautics. There is a lot of noise around the achievements of Musk and Bezos, but people forget about those who create the James Webb Space Telescope which in the future can literally change the way astronomers look at certain things. With this approach, we want to get players interested, enthuse them about the history of astronautics and show them through the game that space is interesting and cool.

The second important theme we want to draw the players' attention to is the problems of the modern world, and above all the Earth's ecology. In the game, you will see what careless treatment of our planet can lead to, and you can also imagine the consequences of extreme following some seemingly positive eco-movements. The director of the lunar base will have to deal with the problems on the Moon, but also to remember about Earth because that's where people still live. The future of the planet will largely depend on their decisions.

- Sometimes history does repeat itself.

We would be delighted to get to know you better on our Discord channel: The Crust on Discord

And don't forget to add the game to your wishlist on Steam: The Crust on Steam